By WCSheriff May 30, 2018 Featured, Newspaper & Multimedia
No Comments

WORCESTER, Mass. – A new anti-graffiti unit in Worcester County is made up of inmates.

They blast graffiti off buildings anywhere in Worcester County at no charge to the building’s owner.

“It’s constantly an issue,” Building owner Ed Murphy said. “The city will fine us. We have a certain amount of time to clean it.”

Murphy is a big fan of the project.

“When you stay on top of it, you keep it tight and you remove it immediately, it really slows it down,” Worcester County Sheriff Lew Evangelidis said.

But he says the program isn’t just about cleaning up an area. They say there is also a public safety issue, because when gangs start marking areas, other problems can come with it.

“A lot of this is gang and territorial markings,” Sheriff said. “Nobody wants to open a business where there is constant tagging, people aren’t as comfortable coming down and shopping there.”

The Worcester County Sheriff’s office is using inmates on his anti-graffiti unit as a way to earn a second chance in the community.

Christopher Savasta says he is a recovering addict serving two years for stealing. He’s trying to help his community recover.

“This whole area is being revitalized. When I was a kid it didn’t look like this,” Savasta said. “It’s better than sitting around and doing nothing. I’d rather be out here helping out.” 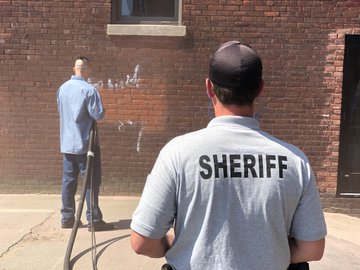 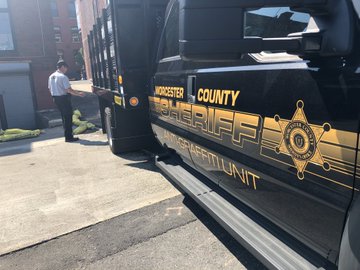 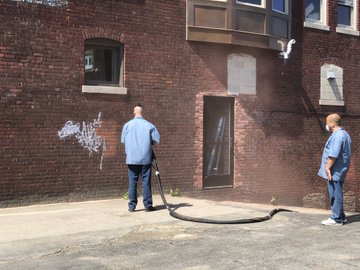 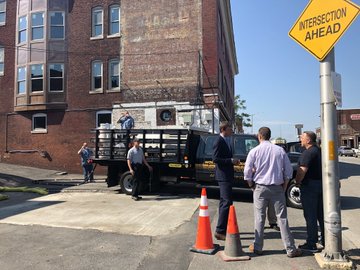 ✔@rgoulston Tonight at 4 and 6 on @boston25. See how inmates on the @WCSOMA Anti-Graffiti Unit are serving the community while serving their time. @SheriffLew